Each Seminole reservation has a distinct history which folds into the larger story of the Tribe. The tribal members of the Brighton reservation are proud of their home, of their language, and of their history. In 1938, it was Brighton tribal members, through Richard Osceola, who pressed the Assistant Commissioner H. A. Zimmerman for a school of their own.

So Mr. William Boehmer and his wife, Edith, were hired as teacher and housekeeper. The school opened on January 9th, 1938. For the next 16 years the Boehmers ran the Brighton Indian Day School. The school closed in 1954 because the Okeechobee School District desired the Brighton students to attend their schools. A reputation of the students being phenomenal athletes certainly helped in extending the invitation. The Brighton reservation was (and still is) in the neighboring Glades County.

The school’s closing did not end the Boehmer’s connection with the Tribe. Mrs. Boehmer fulfilled various roles – including Educational Field Agent and Community Services Officer – until his retirement in 1966. Meanwhile, Mrs. Boehmer worked with tribal crafters to establish the Seminole Arts & Crafts Guild. Their assets were sold to the Tribe in 1960 to help create the original Okalee Indian Village.

Through their long tenure the Boehmer took photos – over 2,000 of them – and documented so many of the people, programs, and events that have made Brighton the Seminole Tribe of Florida a successful and thriving culture. In the these photos are the early days of the 4-H club, the Cattle Program, Brighton Field days, and the craft guild. The soon-to-be councilmen, judges, doctors, nurses, program directors, and culture bearers are growing up in these images.

When these photos were received and catalogued in 2009 by the Ah-Tah-Thi-Ki Museum, memories were stirred among Brighton seniors and elders about what those photos and the Boehmer family meant to them. Many people have fond memories of William and Edith Boehmer. They were also reminded of all the events in their youth that built the strong foundation for today’s culture. Alumnae of the school and other tribal members, with the help of the museum, selected meaningful photos that celebrate their culture, their reservation, and the Boehmers. While selecting and discussing these images so many stories were told. Some of those stories are shared here. 25 of the original 26 images exhibited can be viewed below. Originally on exhibit during August of 2014.

ACKNOWLEDGEMENTS
The Ah-Tah-Thi-Ki Museum would like to thank the following Tribal members for their insight, direction, wisdom, and stories: Lorene Gopher, Polly (Buck) Hayes, Willie Johns, Billy Micco, Edna (Johns) McDuffie, Geneva Shore, and Michele Thomas. This exhibition was made possible because of you.

PHOTOGRAPH COPIES
Digital or printed copies of any of these photographs are free for Tribal members; a small fee may apply for non-Tribal members. The images digitally reproduced here are larger than the original images. 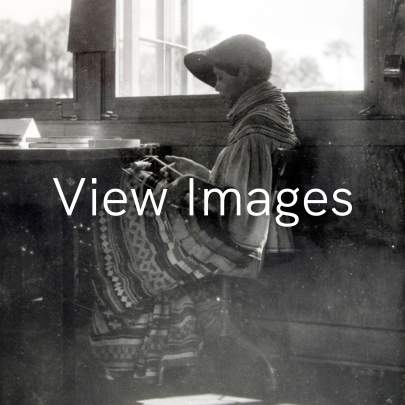