For the women’s shirt, the patchwork is simple. Usually one strip of patchwork is supported with bands of color and/or ric-rac. It can stand alone as an article of clothing but more often the shirt is designed to complement a skirt. It is the structure of a patchwork shirt is what has changed radically over time.

Prior to patchwork shirts, the shirt was short in the stomach area, long-sleeved, with a wide collar and a distinctive ruffle that often went longer than the shirt’s bottom edge. When the ruffles disappeared from skirts they also disappeared from the shirt. Instead capes were worn, at first in solid color with a patchwork design running at the top and bottom edges. The capes became clear and gauzy through the use of lace and the introduction of sheer fabrics, paired with an undershirt long enough to be tucked into the skirt. The patchwork continued to appear on the cape while the shirt was plain.

Capes provided a barrier from insect bites but were a bit cumbersome. As more women worked and spent time in offices, the capes were used less and less. Capes are now worn at special events and ceremonies as part of an outfit (skirt, shirt, and cape), but the shirt is created to work as a stand-alone article of clothing. The shirt is usually one row of patchwork with supporting rows of solid colors and/or ric-rac. 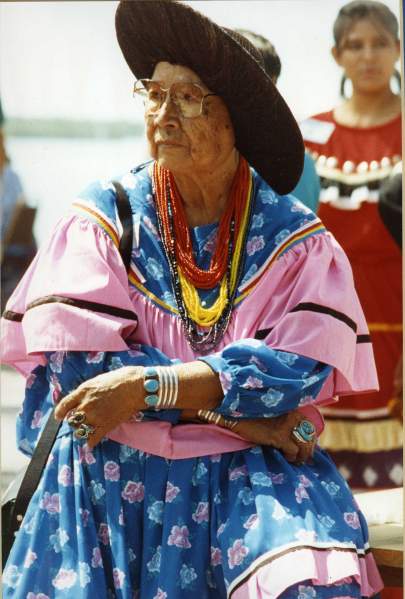