This is the story of how the Seminoles became the Unconquered.

This is a story rarely told and only in cursory terms in school textbooks. It is well know the U.S. Government, particularly under the leadership of men like Andrew Jackson, waged a protracted and unprovoked war against the Native American cultures throughout the 19th century. The 1830 Indian Removal Act is one of the legal examples of this genocidal war.

The U.S. government was usually successful in their attempts at removal and/or erasure of whole Native American cultures. However, there were also successful Native cultures that defied the U.S. government to retain their own lands and culture. The Seminoles are one of those groups.

The government ‘officially’ waged war on the Seminoles at three separate times. Unofficially, the Florida Seminoles were attacked by the U.S. government and its citizens throughout the 19th century. It is estimated the U.S. government spent $40 million dollars on its removal attempts of the Seminoles in Florida. They succeeded in removing between 3,000 – 4,000 Seminoles to Oklahoma (who went on to thrive in their new lands as the Seminole Nation of Oklahoma). But a small band of Seminole remained in the heart of the Florida Everglades – The Seminole Tribe of Florida, the Miccosukee Tribe of Florida, and the Independent Seminoles are the descendants of this small band. After the Treaty of Moultrie Creek was signed in 1823, no other treaties were freely signed by the Seminoles. The wars were ended by war-weary commanders who could no longer reach the Seminoles and by a U.S. government that could no longer afford the war.

The Seminoles survived through a superior understanding of their land, guerilla war tactics, and a deep, abiding understanding of what happen to them if they did give up. But it was a struggle to survive – it took all their ingenuity. Ultimately the ravages of war that lasted over 40 years caused many to accept removal. However, the spirit of resistance and adaptability survived in all. Today, the Seminoles continue to show the resiliency of their ancestors.

The Seminoles were a blending of several southeastern Native American groups – some who resided in Florida for centuries and others who moved into North Florida seeking space away encroaching Americans. These Native groups had some differences. For example, some groups preferred raising cattle to fishing. There were enough similarities to get along but what united these groups was the same threat: the loss of their land to the U.S. government. Ultimately, under pressure to defend their lands these different groups joined and blended together to create a whole new native culture: the Seminoles. 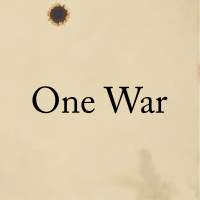